Digital Formalism: The Vienna Vertov Collection focuses on the computer-aided digital analysis of the senses of cinema. On the foundation of theoretical basic research on digital formalism we will develop the technical tools to digitally analyse the principal cinematic elements in the films by Russian Avant-Garde film maker Dziga Vertov (1896 1954) with the aim of a) applying the tools developed for this important oeuvre to certain cultural industries branches like graphics design, creative advertising etc. and of b) making the worldwide unique Vienna Vertov Collection, which contains film material, scripts, photographs etc., accessible for both the general public and the international Vertov research community.

Core piece of the project is the development of tools for the computational understanding of media aesthetics, inspired by Vertovs work, which is in its availability at the Austrian Film Museum exclusive in quality. Computational understanding comprises the automated extraction of high-level film elements such as rhythm, contrast, dialogue sequences, etc. The involved film analysis scientists and media processing scientists will work hand in hand and thus ascertain the interdisciplinary merging of film theory, advanced digital technology and materiality of film. 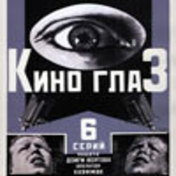