The TraitsDB software provides a collaborative online platform to efficiently and reliably collect and exchange fuzzy coded trait observation data. Taxa information is retrieved from the WoRMs Database and can be synchronized regulary.

The tool is designed for a community of experts who contribute trait observations either through a web interface or by uploading template-based collections of data. Trait observations are always associated with sources and regions where observations have been made.

The software is developed in the context of the Arctic Benthic Traits Project (see below). It is easily adapted to project-specific needs, it is database agnostic, and painless to host and operate.

University of Vienna, Department for Limnology and Bio-Oceanography

Life on the Arctic Seafloor

Benthic communities (i.e. the microbes, plants and animals inhabiting the seafloor) are involved in important ecosystem functions. These range from local habitat structuring to biogeochemical processes that affect the entire marine, and accordingly also the global carbon budget. Via the analysis of the functional spectrum of the benthic communities we aim to gain more insight into the benthic ecosystem functioning. Or to say it very simply: We want to look at “what they do” rather than at on “who they are”. Trait analysis is a promising method in that direction.

But what is a trait? — A trait is a well-defined property of an organism, either measurable like the body size, or based on observations, like the traits mobility or feeding type. And what we call a functional trait is one that strongly influences organismal performance (McGill et al. 2006). A broader definition is given in Reiss et al. (2009): A component of an organism‘s phenotype that determines its effect on processes and its response to environmental factors. So by studying the functional traits in benthic assemblages, we want to learn how benthic communities affect ecosystem processes, but also how they react to changes in their environment.

The Arctic environment is changing faster than any other in the world. Annual surface temperatures have increased almost twice the rate than the global average, and both sea ice thickness and extent have decreased drastically. These changes feed back on the climate system, both regionally and globally, and affect the entire marine ecosystem, from the ice-associated communities at the surface down to the animals inhabiting the seafloor in the deep Arctic basins (IPCC report, Pachauri et al. 2014).

A collaborative research project of Renate Degen (University of Vienna) and Bodil Bluhm (Arctic University of Tromsø, Norway), funded by the Austrian Science Fund (FWF Hertha Firnberg Grant T-801 to Renate Degen). The working title of the project is “Benthic Ecosystem Functioning Across Arctic Shelves, Slopes and Basins: A Pan-Arctic Approach” and indicates the central aim of this project: The assessment of the functional variability of Arctic benthic macro- and megafauna between environmentally different regions of the Arctic Ocean and along a gradient from the shallow and productive shelves down to the remote deep-sea basins. Ecosystem functions are tightly linked to ecosystem processes, as such the understanding of functional patterns is of particular interest in Arctic ecosystems, which are facing faster environmental changes than any other on our planet.

We aim to study the benthic ecosystem functioning in three environmentally very different regions of the Arctic Ocean. Such a large scale approach is accomplishable only with the support of international collaborators, who contribute macro- and megafauna data to the Arctic trait project. 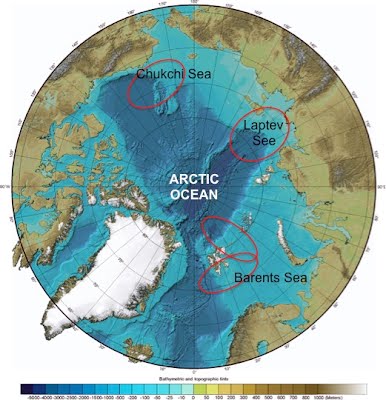 The entire environmental information about each region and the life history, morphology and behavior of the benthic organisms (i.e. the trait information) is stored in a relational database system. This database will be further analyzed by means of the biological trait approach (BTA). As there are strong links between functional traits and ecosystem processes, this approach is both valid to describe the ecological functioning of benthic communities and to detect changes in functioning related to changes or gradients in the environment (Bremner et al. 2006, Van der Linden et al. 2012).

The Arctic Traits Platform (“TraitsDB”) is the central working tool of this project. Upon finalization, the TraitsDB will be made freely accessible to the entire scientific community. 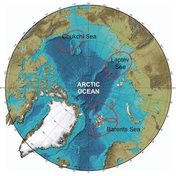